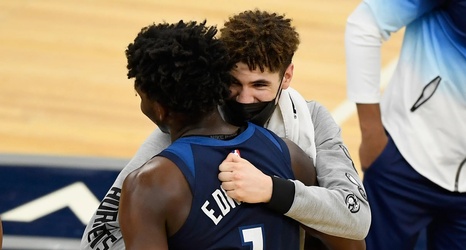 After weeks of anticipation and announcements of the various other NBA regular season awards, the league finally announced Wednesday afternoon the winner of the 2020-21 NBA Rookie of the Year award:

While the official voting totals have not yet been released as of 1:45pm PST, it is safe to assume that Minnesota Timberwolves’ rookie Anthony Edwards will have finished as the runner-up for this award, with Sacramento Kings’ rookie Tyrese Haliburton finishing third.