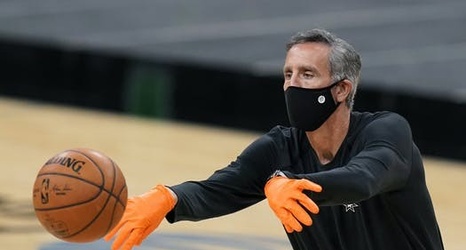 Within the span of a year, the thought of an athlete getting coronavirus went from a world-stopping news, such as when Utah Jazz center Rudy Gobert tested positive back in March, to another transaction on the injury report.

It has become so common as sports leagues have tried to carry on in the face of the virus that the news an athlete has tested positive lands on desensitized masses, who might shrug and carry on with their day.

Friday was a daunting reminder of the effect this virus can have when Timberwolves center Karl-Anthony Towns announced he had tested positive, one of two positive tests on the Wolves that caused the NBA to postpone the team's game against Memphis, one of 13 such postponements this season.