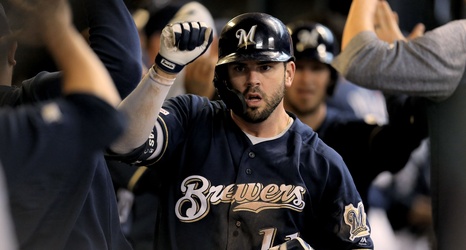 The Milwaukee Brewers traded for Mike Moustakas on July 27, 2018 in which he played primarily third base to finish the 2018 season. After electing for free agency at season’s end and seeking a multi-year deal, Moustakas rejoinrd the Brewers in 2019 on a one-year deal worth $10 million, but this time at a different position.

Moustakas ended up playing 359 innings at second base in 2019. After learning the position in spring training and going through some minor growing pains early in the regular season, he shifted back to third base due to the offensive struggles of Travis Shaw.