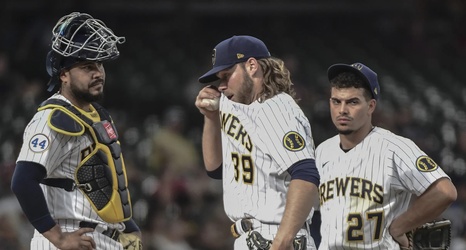 The NL MVP vote was announced on Thursday night, and Bryce Harper of the Phillies took home the award. Though the Brewers didn’t have a player worthy of being a MVP candidate this season, a couple of players on the team did get a few votes. Corbin Burnes, fresh off winning the Cy Young award on Wednesday, did receive 9 points, and shortstop Willy Adames received 8 points. That’s good for 15th and 16th in the final votes, respectively.