Michigan Basketball: 3 Predictions for the 2019-20 season 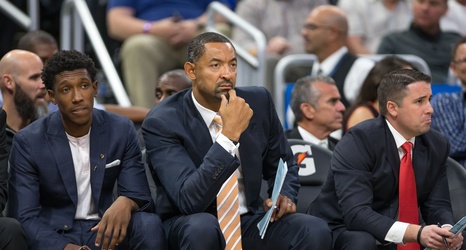 John Beilein dealt a deathly blow to Michigan basketball by taking the Cleveland Cavilers job and now the team is dealing with the aftermath. Immediately following his departure, Jalen Wilson, a top 100 recruit, asked to be let out of his scholarship and has since committed to play at Kansas.

The coaching search landed on a home-run candidate in Juwan Howard who turned around and made his greatest weakness his greatest strength with the hiring of long-time head coach Phil Martelli.

Martelli began his head coaching experience in 1995 at St.