'Trippier over Shaw or Chilwell is ridiculous': England fans slam Gareth Southgate's choice of left back and 'criminal' decision to leave out Jack Grealish in expected starting XI for Euro 2020 opener with Croatia 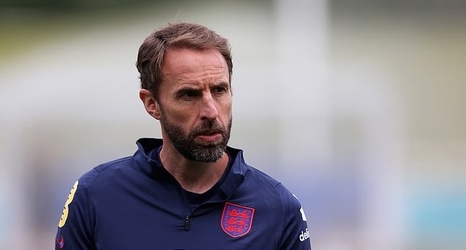 The Three Lions boss looks set to play Kieran Trippier at left back over Ben Chilwell and Luke Shaw while Jack Grealish also misses out in favour of Raheem Sterling.

Southgate was expected to pick one of Shaw or Chilwell at left back with both having had impressive seasons for Manchester United and Chelsea resepectively.

There was even suggestions Shaw could start as a left centre back in a back five with Chilwell at left-wing back.