Manchester United target Andre Silva 'can leave Eintracht Frankfurt for £26million this summer' after contract clause is revealed... putting top clubs across Europe on alert for signature of Portuguese hotshot 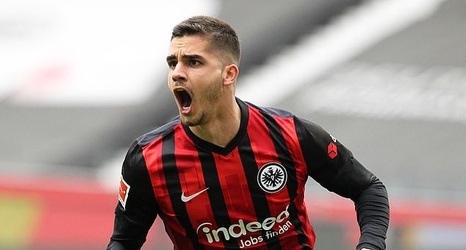 Manchester United have received a boost in their reported pursuit of Eintracht Frankfurt striker Andre Silva.

The 25-year-old Portugal international has been in sensational goal scoring form since arriving on loan from AC Milan last season, and signed a three year deal to join the Bundesliga club last summer.

And according to Sport 1 the prolific marksman has a £26 million release clause, that can be triggered this summer.

Silva has notched an impressive 24 goals and nine assists in all competitions this season, and is rumoured to be on the Red Devils' radar.