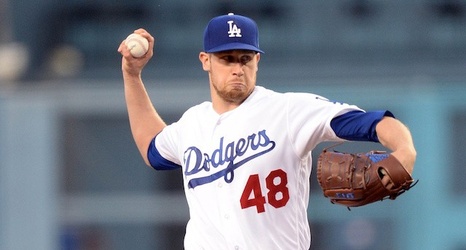 Despite not faring well in Spring Training, Brock Stewart earned the final spot in the Los Angeles Dodgers’ 2019 Opening Day bullpen. Manager Dave Roberts cited the length he could provide as what separated him from other candidates.

While the right-hander was included on the Dodgers’ initial roster, his stint at the Major League did not last very long. Stewart made only three appearances before being optioned to Triple-A Oklahoma City, where he would remain through the end of July.

With the Dodgers’ top Minor League affiliate, Stewart accumulated a 5-7 record, 7.34 ERA and 1.