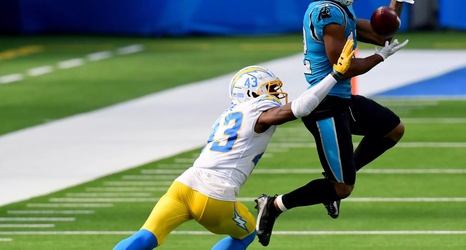 On yesterday’s media call with players and coaches, cornerback Michael Davis lit up when he was asked his thoughts on the Chargers calling a lot more man coverage this year compared to previous seasons where they’ve been one of the league’s most zone-heavy teams.

As a 6’2, 196-pound defender, Davis loves utilizing his speed and length to give him an upper-hand when manned up. But even in zone coverage, his length is a big reason why he was signed back in 2017. All you need to do is look at his pick-six on Tom Brady in Week 4 to understand why.