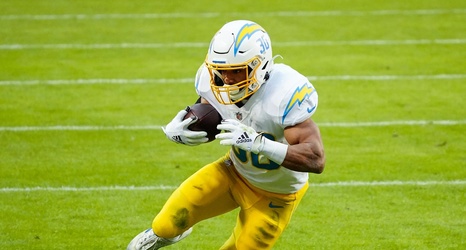 In a recent list of the top-10 running backs in the NFL by CBS Sports’ Patrik Walker, Austin Ekeler failed to make an appearance in the group but did manage to earn an “honorable mention” alongside guys like the Bears’ David Montgomery, Seattle’s Chris Carson, and Tampa Bay’s Leonard Fournette.

I think a valid case can be made to put Ekeler in the top-10 if you include his overall impact on offense, but it’s always going to be an uphill battle when arguing for a runner that’s never had more than 600 yards rushing in a season.