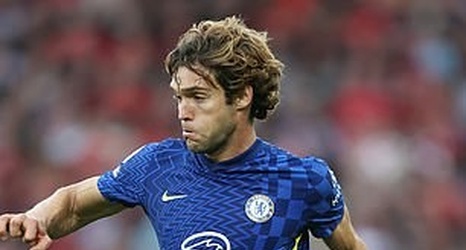 Marcos Alonso has liked a post linking to a petition calling for referee Anthony Taylor to be banned from officiating Chelsea fixtures after he sent off Reece James in their 1-1 draw with Liverpool.

The Blues were furious with Taylor's decision to award the Reds a penalty and give James a red card for denying a goalscoring opportunity by blocking Sadio Mane's goal-bound effort with his arm.

Mohamed Salah converted the spot-kick to make it 1-1 just before half-time after Kai Havertz had given Chelsea the lead and with the Blues down to 10 men, they were forced to be more defensive after the break.