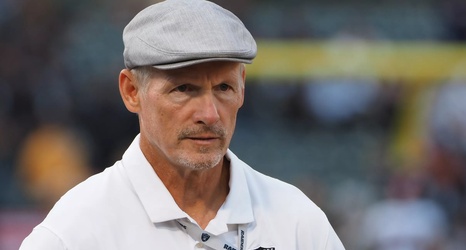 Oakland Raiders General Manager Mike Mayock called in to The Rich Eisen Show on Friday morning, just hours after his team jumped to 5-4 and secured a stable spot as the second place team in the AFC West.

The two men who shared a set for NFL Network from 2006 to 2018 had plenty of laughs, but also touched on some more serious and important topics, such as Antonio Brown and the amazing personal stories of Darren Waller and Josh Jacobs.

They began their conversation speaking about the Raiders’ thrilling 26-24 victory.