It’s Only One Game 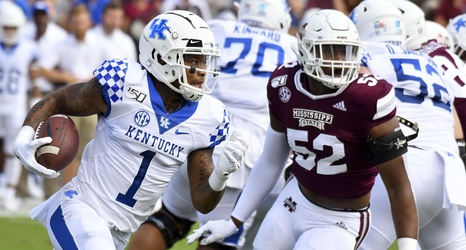 The fall from the mountaintop has been far from graceful. Five quarters of football ago, Kentucky was steamrolling a top ten team. Now, the Cats are 2-2 after an ugly first half of football in Starkville.

Before you wave the white flag or throw in the towel, allow me to remind you that it’s just one game.

To say the Cats were bad in the first half would be an understatement, but this team did not quit. They fought tooth and nail and had the chance to win on the road before ultimately failing to capitalize on fourth quarter opportunities.