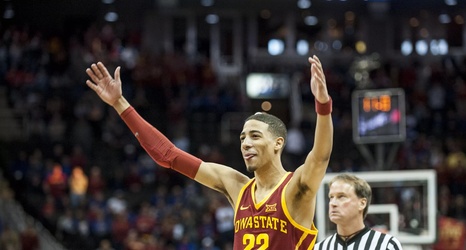 Iowa State sophomore-to-be guard Tyrese Haliburton has been named to the Team USA U19 team for this summer’s FIBA World Cup in Greece!

Though there hasn’t been a ton of public discussion through the trial period, tweets from people who had eyes on practice said that Tyrese had been of the most impressive players in the camps, especially as a perimeter shooter and on the defensive end.

Tyrese Haliburton has been more than solid today. Iowa State standout has made a number of perimeter jumper while remaining a major defensive weapon out top

We’ll be keeping our eye on the FIBA World Cup, which runs from June 29th to July 7th.