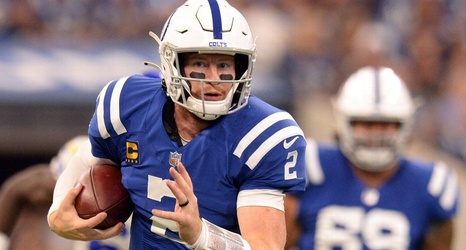 Indianapolis Colts quarterback Carson Wentz, who injured both ankles in Week 2, will start on Sunday against the Tennessee Titans, sources told ESPN's Chris Mortensen on Saturday.

Wentz practiced on Friday for the first time this week, and will be relied upon Sunday as the Colts search for their elusive first win. While heavily taped, he moved around pretty well during the portion of practice open to the media.

In his first season with Indianapolis, he is 45-of-69 for 498 yards and three touchdowns with an interception. The most alarming stat with Wentz is that he has been sacked six times and hit an additional 21 times in those two losses.