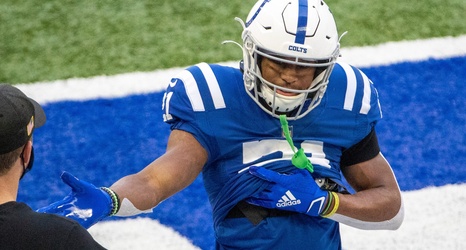 INDIANAPOLIS — Nyheim Hines can admit he’s thought about it. He’d be lying if he said he didn’t.

The personable, gregarious Colts offensive weapon is headed into the final season of his rookie contract, and all of the uncertainty that comes with it.

Hines can admit it’s all crossed his mind, but he’s not focused on the contract right now. The way Hines sees it, his job is to be the best Colts player and leader he can be, and he’ll let his agent, Ed Wasielewski, handle the contract.

But Hines knows Indianapolis is where he wants to be.