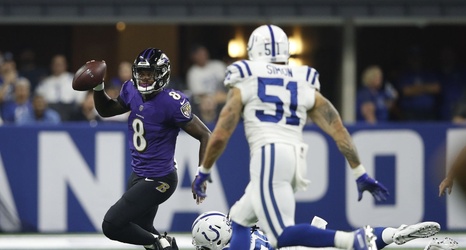 CLEVELAND, OHIO - OCTOBER 11: Quarterback Philip Rivers #17 of the Indianapolis Colts takes the snap during the second half against the Cleveland Browns at FirstEnergy Stadium on October 11, 2020 in Cleveland, Ohio. The Browns defeated the Colts 32-23. (Photo by Jason Miller/Getty Images)

Any fans in Indianapolis growing fatigued of all the Philip Rivers content following the Colts’ maddening loss to Cleveland in Week 5 should probably get used to it, because the decision to sign him over other potential stopgap options looks like it will ultimately cost them the chance at reaching their ceiling.