The Path Has Been Laid 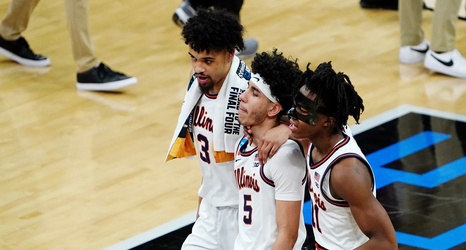 I’d be lying if I said it hasn’t stung watching this year’s Big Dance. My nose would be growing if I told you that I wasn’t crushed seeing Illinois’ best team since 2005 bow out in the Round of 32. My pants would be on fire if I wrote that it was fun watching Houston defeat FOUR double-digit seeds — in Illinois’ region, no less — en route to the Final Four.

But only one team can cut down the nets. And after watching the tourney unfold — mostly without the Illini involved — it became apparent that no matter how far they advanced, they probably weren’t going to beat Baylor or Gonzaga.