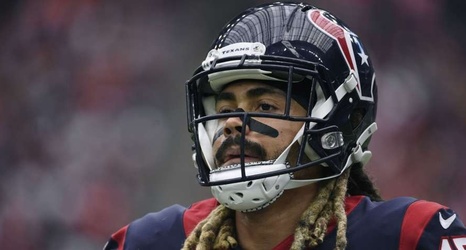 Texans wide receiver Will Fuller is active for the first time since straining his hamstring against the Colts in October.

Fuller had missed games against the Raiders, Jaguars and Ravens, returning for a pivotal Thursday night game against the Colts at NRG Stadium.

"It would mean a lot, it's a divisional game," Fuller said earlier this week. "I'm doing good. I'm feeling good.

In seven games this year, Fuller has been dynamic with 34 catches for 450 yards and three touchdowns on 49 targets with a 13.2 average per reception.

Meanwhile, Texans corner Bradley Roby is out for his fifth game in a row with a Grade 2 strained hamstring.