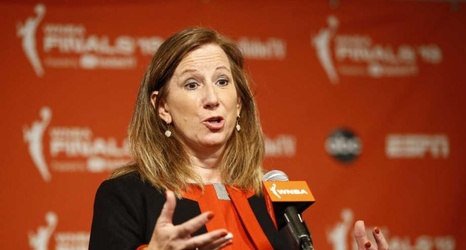 NEW YORK (AP) — The WNBA draft will be a virtual event this year.

The league announced Thursday that its draft will still be held April 17 as originally scheduled, but without players, fans or media in attendance due to the coronavirus pandemic.

“The WNBA draft is a time to celebrate the exceptional athletes whose hard work and dreams are realized with their selections in the draft,” WNBA Commissioner Cathy Engelbert said. “Safeguarding the health and well-being of our prospects, players, employees, and everyone connected to our game as well as the general public is paramount."