Rockets: Bradley Beal was almost dealt to OKC for James Harden in 2012 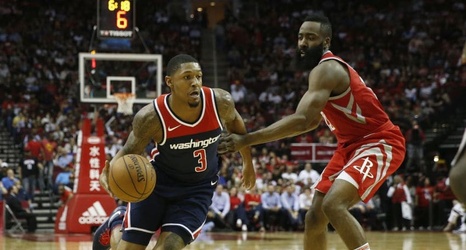 One of the greatest trades the Houston Rockets ever made was the one for James Harden in 2012. As Bradley Beal recently revealed, however, that situation was close to not even being possible if a draft-day deal had gone through.

As a guest on episode 40 of the podcast All the Smoke with Stephen Jackson and Matt Barnes, Beal reflected back on being drafted third overall by the Washington Wizards, which almost ended up with him being traded to the Oklahoma City Thunder.