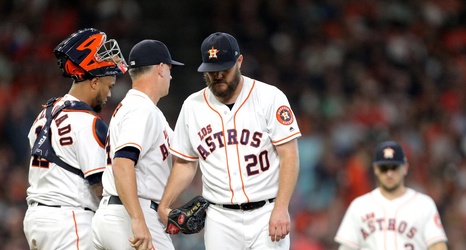 The Astros remain one game away from their inevitable clinching of the AL West after tonight’s loss to the Angels. However, a larger question emerges from this game.

Will Wade Miley start a Game 4 in the playoffs? And if not, will he even be on the roster?

Tonight Miley completed only one inning officially. In the first inning he surrendered three runs, and in the second inning he allowed runners on the corners with no outs before being replaced by Jose Urquidy. Urquidy allowed a single before retiring the next three Angels, but the run was charged to Miley.