The Christian McCaffrey problem: Hard to mimic in practice or stop in games 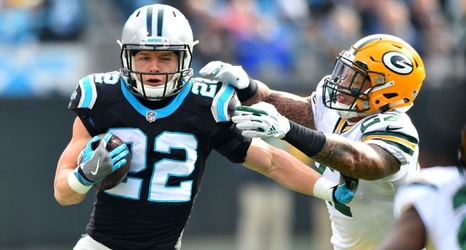 GREEN BAY, Wis. -- Green Bay Packers defensive coordinator Mike Pettine could think of only one way to simulate the speed of Tyreek Hill in practice during the days leading up to their game against the Kansas City Chiefs.

"I don't think there's much you can do unless we let the receivers line up 5 yards offsides and go," Pettine said at the time.

Another week, another dynamic player who's difficult to mimic in practice: Christian McCaffrey.

The Carolina Panthers' do-it-all running back leads the NFL in yards from scrimmage (1,244) and touchdowns (13) heading into Sunday's game at Lambeau Field, and who would Pettine have on his scout team to imitate that?