Warriors Use Fourth Quarter Rally to Get Past Kings 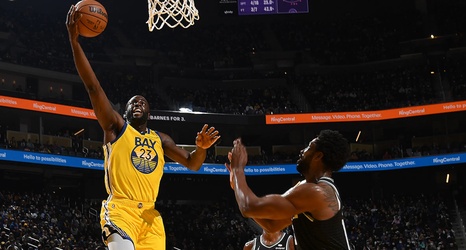 Draymond Green posted a triple-double, Stephen Curry finished strong and the Warriors got some much-needed contributions throughout the roster to pick up a 113-98 win over the Kings on Monday night at Chase Center.

Playing their first home game after a 3-2 road trip, the Warriors allowed the Kings back into the game after holding a 15-point lead in the third quarter. But the Dubs regained control of the game with a 12-0 run late in the fourth quarter and went on to pick up their NBA-best 15th home win of the season.

Stephen Curry led the Warriors with 30 points, Draymond Green posted his first triple-double of the season and four other Warriors players scored in double figures as the Dubs improved to 25-6 on the season.