For the time being, ex-Warrior Andre Iguodala stuck in Memphis 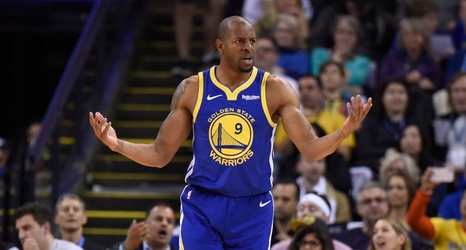 Sources: Memphis wants three-time champion Andre Iguodala to report to training camp and is refusing right now to engage in buyout, which would prevent Iguodala from finishing a Hall of Fame career on his terms because this may be his final NBA season.

The former Warriors lynchpin during the team’s five consecutive runs to the NBA Finals, Iguodala was traded to Memphis — reluctantly — by the Dubs as part of their deconstruction this summer.

It’s difficult to know what the attraction was for the Grizzlies.