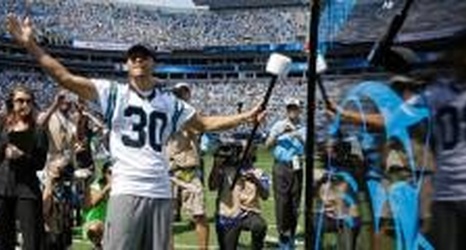 Draymond Green could have waited until next summer to try and sign a monster contract in free agency.

Instead, he potentially left millions on the table and signed a $100 million extension with the Warriors this offseason. For Green, though, it sounds like the decision was an easy one.

There's no way Draymond was leaving two of his Warriors teammates.

"I got two guys I been rollin' with since I stepped in this league Steph and Klay," Green said to Rachel Nichols in an interview that aired Wednesday on ESPN's "The Jump." "We started this whole Golden State thing when it wasn't so sexy.