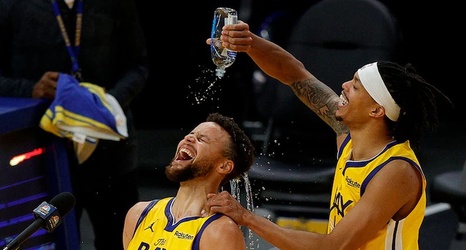 Each NBA season is undoubtedly different, presenting its own assorted challenges and achievements. With a December 22 start date, it was obvious this NBA season was going to be unlike any other before… And that it was.

In a season defined by change, adaptability and progress, let’s take a look at the best moments from the Warriors’ 2020-21 campaign.

LEE'S GAME WINNER
Although the Warriors struggled early on in the season, Damion Lee showed off his clutch gene when the team needed it most, connecting on a go-ahead 3-pointer in the final seconds of a 129-128 victory over the Bulls on December 27, marking the Dubs’ first victory of the season.