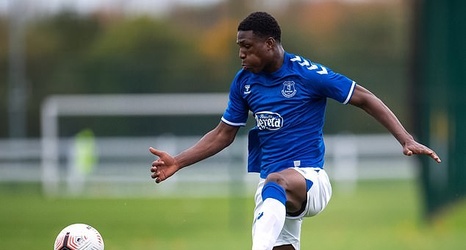 Everton prospect Thierry Small could become the next young English player to be tempted abroad amid interest from Europe's elite.

The 16-year-old is regarded by many as the best left-back in the country of his age and has drawn comparisons with Bayern Munich's Alphonso Davies due to his style, pace and marauding runs.

Indeed Bayern are among the clubs to have expressed a concrete interest in Small alongside Italian champions Juventus, Wolfsburg, Valencia, Monaco and Benfica who are all keen to sign him now while Premier League rivals Arsenal have also asked to be kept informed of developments.