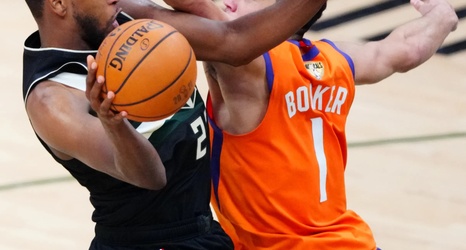 When we heard that Devin Booker, Khris Middleton and Jrue Holiday were leaving for Tokyo and the Olympics after the NBA Finals, we assumed they’d be leaving pretty quickly.

As it turns out, they only arrived in Tokyo Saturday so hopefully they had lots of potassium on the flight.

On the other hand, these guys spend an incredible amount of time in the air. Next time you worry about flying, think about Kareem Abdul-Jabbar. He played for 20 years. Let’s assume he had 90 games a year, including playoffs, and that 45 of those were on the road.