An Interesting Use Of Social Media By Arkansas 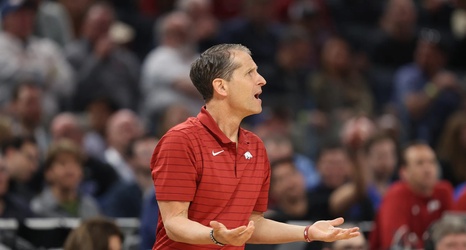 So far, just as it its on the court and in legacy media, Duke has been the dominant college basketball program when it comes to social media. The Blue Devils social media team has been incredibly sharp and proactive and generally ahead of the curve.

The one exception to that has been that Mike Krzyzewski was never that active personally, so when you see this list of coaches who were most active in April, you won’t see his name and it’s probably too soon to see Jon Scheyer listed.

So check back for that.

However, Arkansas’s Eric Musselman is listed and listed first.