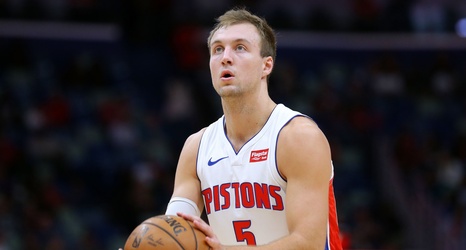 Luke Kennard is the last draft pick made by Stan Van Gundy left on the roster of the Detroit Pistons. With his selection at pick 12, the Pistons got a reliable shooter with even more potential upside as a shot creator and distributor. This season before his bilateral knee tendinitis, Kennard was averaging career highs of 15.8 points and 4.1 assists per game.

Prior to the trade deadline, ESPN’s Adrian Wojnarowski reported that Kennard was a player that could find himself on the move, but since then the Pistons front office has remained adamant the they intend to keep Kennard around for a long time.