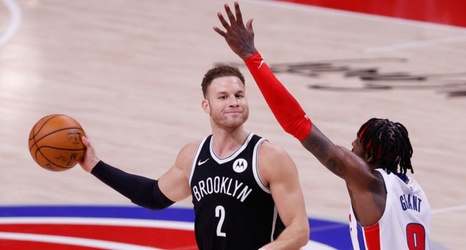 Blake Griffin was a popular player with fans when he was with the Detroit Pistons. Many posters, uniforms and other merchandise were bought for the only nationally recognized player the Pistons really had.

But things have apparently gone downhill since he was released in March, 2021.

Griffin was a guest on the Pardon My Take podcast and happen to come across a basketball card from the 2018-19 season, when Griffin had an All-NBA season and led the Pistons to the playoffs, the last time Detroit has made the post-season.