The Todd Gurley blunder is the gift that keeps on giving 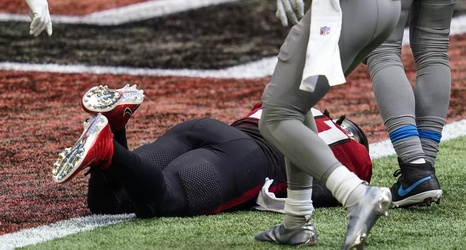 The moment Todd Gurley accidentally fell into the end zone on Sunday afternoon—giving the Lions one more unearned chance to win the game—immediately felt like it was going to quickly become a moment in Atlanta Falcons infamy. Thanks to Matthew Stafford, the ensuing 75-yard touchdown drive and subsequent Matt Prater extra point, the Detroit Lions ensured of it.

That mistake pushed the Lions to 3-3 on the season, keeping their hopes of making this a playoff-bound year alive. It dropped the Falcons to a hopeless 1-6 record.