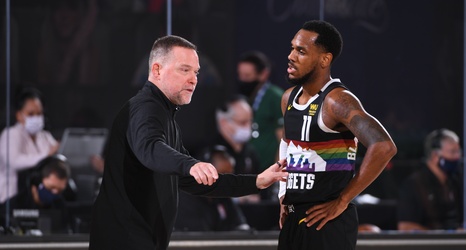 The Denver Nuggets are trying to keep their season from ending tonight against the Utah Jazz. After winning a thrilling game five behind another magical performance from Jamal Murray, the Nuggets now have to carry the momentum to a game six victory. The fact that this game is played in the bubble and not in Utah like it would be in a normal season is encouraging for Denver. Still, the Jazz played well in all five games of this series so far.

Donovan Mitchell has been everything Murray has and then some.