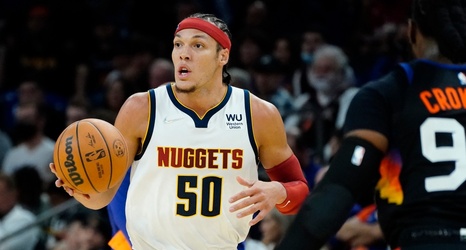 PHOENIX – Aaron Gordon soared like gravity was optional, and the Nuggets did something they failed to do last postseason.

On opening night, in front of a rowdy Phoenix crowd, the Nuggets swatted the Suns. Denver’s 110-98 win erased some of the pain of last year’s 4-0 sweep, and set the tone for a season filled with expectations.

When Gordon erased Devin Booker’s layup attempt with 3:49 left in the fourth quarter, Denver’s bench authored an all-time reaction. As the ball flew well over their heads, the Nuggets’ bench mob put their hands to their faces to see how far it had traveled.