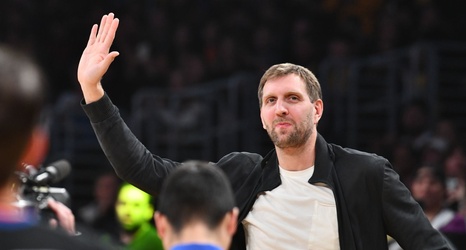 Dallas Mavericks GOAT Dirk Nowitzki decided to retire at the end of last season. The legend is sixth all-time in scoring. He played all 21 seasons with the Mavericks and brought Dallas a championship in 2011. Nowitzki is one of the best to ever do it.

His decision to announce his retirement after the Mavs final home game allowed him to skip the farewell tour. It did not stop certain teams from honoring him, but there was a lack of formality.

Nowitzki was in attendance when the Dallas Mavericks took on the Los Angeles Lakers on Dec.