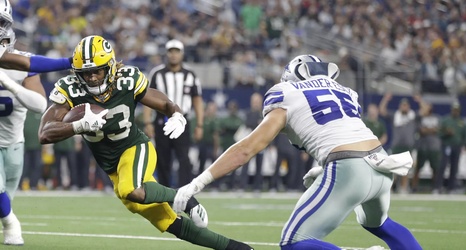 The Dallas Cowboys returned to practice on Wednesday as they prepare to face the New York Jets this week. Obviously there were players not practicing or limited with injuries.

It’s no surprise to hear that Tyron Smith and La’el Collins weren’t at 100% given that their statuses were already well-known. Something that did pop up a little bit out of nowhere was Leighton Vander Esch being absent. According to the Dallas Morning News he has a knee issue.

Vander Esch did not have a great game last week against the Green Bay Packers and while he hasn’t performed like his 2018 self so far this season, he’s essential to the Cowboys defense.