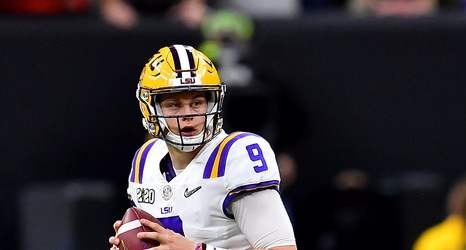 LSU QB Joe Burrows' Family Reportedly 'Annoyed' Over Speculation He'll 'Pull an Eli Manning' to Avoid Bengals
LSU quarterback Joe Burrow is finished with his college career and now preparing for the NFL Scouting Combine and the 2020 NFL Draft. The belief is that he will be the first overall pick while landing with the Cincinnati Bengals, but some critics think that he will "Eli Manning" the situation and force a trade out of Ohio. Burrow's family have seen these comments, and they are reportedly annoyed.

Quick Hits: The South's Offensive Line shined at the 2020 Senior Bowl
Their South team began the week with 11 offensive linemen.