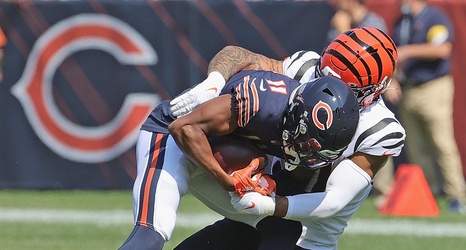 Zac Taylor is having to answer quite a few questions after the Cincinnati Bengals lost a close game against the Chicago Bears over the weekend.

In a game that did not feel as close as the final score would suggest, Cincinnati struggled to get anything going on offense. The Bengals entered the game hoping to find success against their former quarterback but ended up facing Justin Fields for most of the game.

Fields took most of the snaps after Andy Dalton left the game with an injury but was able to do just enough to get his team the victory.