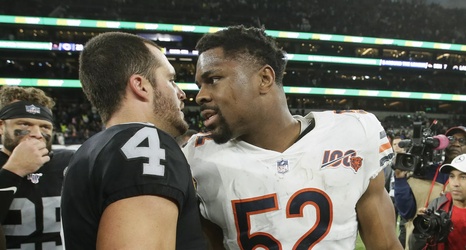 With his offense reeling, his quarterback hurt and his team a disappointing 3-2, Bears general manager Ryan Pace got a win Tuesday night.

That’s because the Rams, amazingly, gave up more for Jaguars cornerback Jalen Ramsey — first-round picks in 2020 and 2021, plus a fourth-rounder in 2021 — than the Bears did for star outside linebacker Khalil Mack.

The same Ramsey missed three games this year with a back injury and fought with his head coach on the sideline in another. In his career, Ramsey’s been suspended for two games for fighting and a week during the 2018 preseason for threatening media members who filmed a training camp brawl.