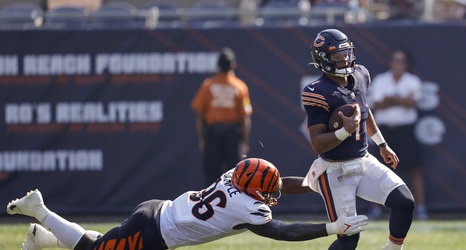 It could take a while for rookie quarterback Justin Fields to grow into what the Bears imagined when they traded up to draft him No. 11 overall.

If Fields takes over for Andy Dalton, which seems likely heading into the game against the Browns on Sunday, it’s likely going to take several weeks before everything starts to click. In the meantime, the Bears are looking for signs of his potential and hoping he’ll avoid repeating mistakes.

Amid some struggles during the harrowing 20-17 win against the Bengals, Fields delivered flashes of the Bears’ future.