Rate the Flames (3) at Stars (2): Flames burn brighter than Stars in Comeback Win 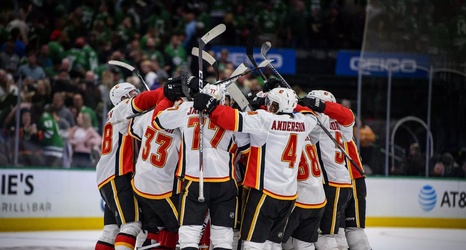 The Calgary Flames entered Thursday’s contest with the Dallas Stars having lost six straight games against them, and having lost nine straight shootout games. Both of those streaks ended courtesy of a two goal third period comeback. Calgary fell behind 2-0 nine seconds into the third period on a goal from Jamie Benn before two goals in quick succession from Elias Lindholm and Noah Hanifin tied the game. From there we needed overtime where both teams had great chances, but none greater than Alex Radulov’s penalty shot which was denied by David Rittich.