Jayson Tatum takes over with some help from his friends: 10 Takeaways from Celtics/Clippers 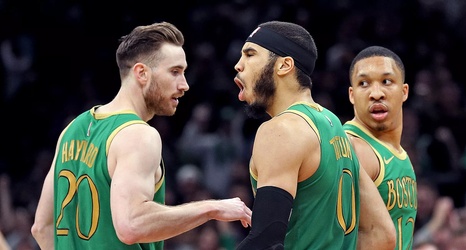 1. The first Celtics/Clippers game in Los Angeles was pretty good. That one resulted in an overtime win for LA. This one? Even better, and that the Celtics won in double-overtime sweetened the pot. It was an instant classing. Making it a little more special was that it was two of the NBA’s best teams battling on a night where there were only two games. The eyes of the NBA world were watching and Boston came up big.

2. The guy who stepped up the most was Jayson Tatum. He blossomed into a superstar right before our very eyes on Thursday night.