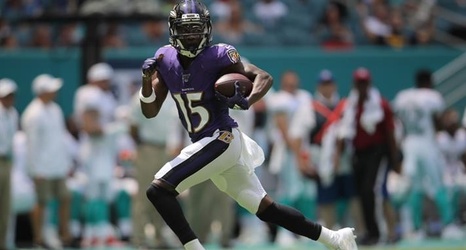 The rape lawsuit filed last week against New England Patriots wide receiver references an unnamed football player present on the evening of one of the alleged encounters. ProFootballTalk reported Sunday that that player is Baltimore Ravens rookie Marquise Brown.

Marquise Brown, the Ravens' first-round draft pick, is Antonio Brown's cousin and has not been accused of wrongdoing. However, he will be interviewed by the NFL in the course of its investigation.

League investigators planned to meet with accuser Britney Taylor on Monday, a person with direct knowledge of the situation told The Associated Press. Brown has denied the allegations by his former trainer.