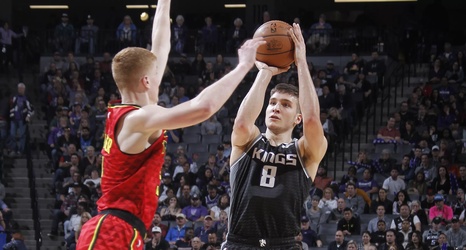 It’s been something of a wild week in Atlanta, at least as it relates to the city’s basketball team. In the process of sending out (only) veteran Dewayne Dedmon (and no real draft assets), the Hawks have added Bogdan Bogdanovic, Danilo Gallinari, Rajon Rondo, Kris Dunn, Tony Snell and Solomon Hill. As a reminder, some transactions are not yet finalized, so a few minor details could go down a bit differently than currently understood based upon the reporting that has been done.

There are already heated discussions happening on Twitter and elsewhere regarding how good the Atlanta Hawks will be in the next NBA season — the one that starts in less than four weeks.