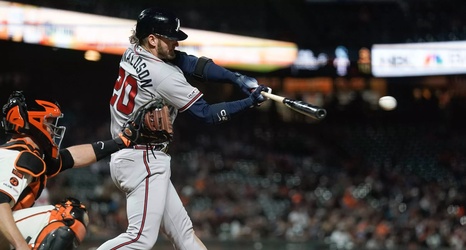 Ozzie Albies will take a seat tonight in the second game of the four game series against the Giants. After a hot start to the season, both Dansby Swanson and Ozzie Albies have struggled in the month of May, with a .604 OPS and .582 OPS, respectively. As a result, the Braves may customize their lineups more often. With Austin Riley, Charlie Culberson, and Johan Camargo in the mix, the Braves may be wise to shuffle players in and out of the lineup as the summer moves along.