Eastern Conference Final Game 6: Lines, gamethread and how to watch 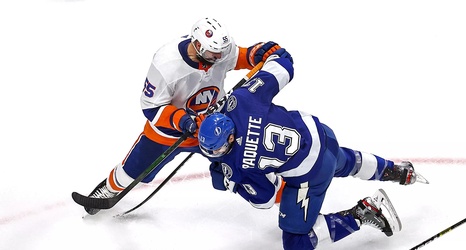 A win tonight for the Tampa Bay Lightning means they’ll be facing off against the Dallas Stars in the 2020 Stanley Cup Final. But Barry Trotz’ New York Islanders aren’t down for the count quite yet. The team forced tonight’s Game 6 with a 2-1 win in double overtime on Tuesday. Injuries to key players for Tampa have kept the Islanders in the series so far.

Here’s what our sister sites have to say about tonight’s game:

While Brayden Point’s absence was definitely not the reason the Lightning lost Game 5, it is concerning that the team’s two losses in this series have come without him in the lineup.